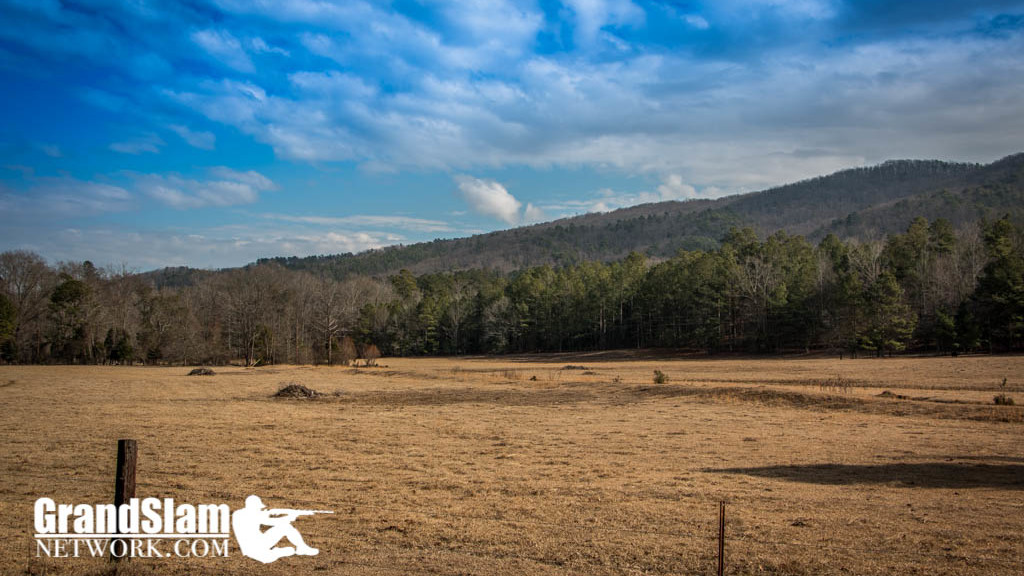 How to Use Google Earth to Scout

There was a time when my brother and I called one of our public land hot spots “The Killing Hole.”  The reason was simple – you could setup in this area most mornings and hear birds sounding off in all directions.  Even on the quiet mornings, if you sat tight, birds were going to work through the area at some point.  We had stumbled on this spot scouting the good ole fashioned way – covering as much ground as possible looking for signs that turkey were in the area.  In about a three year transition, however, the dynamics of the killing hole changed.  The hole went from a near guaranteed opportunity to work a bird, to a spot where birds were, but you were likely to get walked over by other hunters, and in its present day it feels like birds avoid the area after the first week of season.  It didn’t take long before we knew we had better pick up some new hunting spots close to home in a hurry.

As you will read in this article, I was able to reverse engineer the hunting experiences we had in the killing hole by applying firsthand knowledge of the area’s terrain to what was shown in an aerial view on Google Earth.  In doing so, Google Earth was used to quickly identify areas that should hold turkeys based on similar terrain, and boy did it pay off with a fine eastern to tote back to the truck! 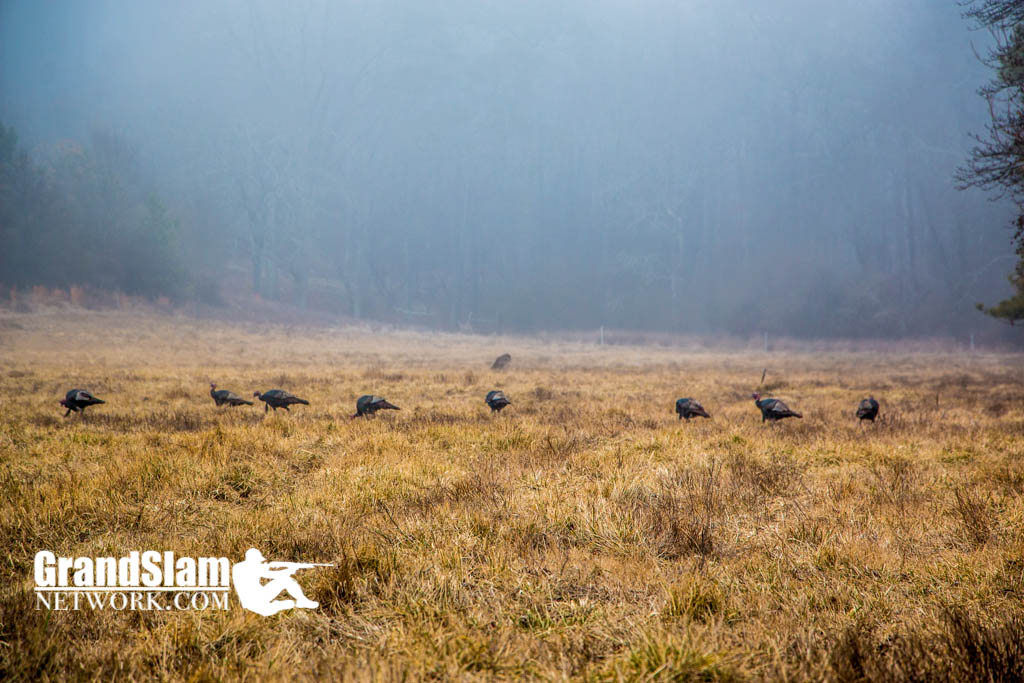 The killing hole is nestled in the foothills of northwest Georgia’s Chattahoochee National Forest on public hunting land.  Cuts in the mountains above produce gently flowing creeks that work their way into the flatlands.  Loggers didn’t cut the timber in close proximity to the creeks, which created wooded buffers between roads, clear-cuts and the creeks.  In the mornings, birds would be roosted in the trees near the creeks.  Sometimes they pitched down into the clear cut and others they seemed to vanish into thin air.  In the evenings, turkeys would work their way through the clear cuts, visit the creek for a drink of water before scratching around a bit and flying up into their roosting trees.

After realizing the killing hole had become the hotspot for many other hunters, recovery efforts were needed in order to locate new spots that were likely to hold turkey.  The quickest way for me to do this was to use Google Earth and scout virtually using my computer.

I launched Google Earth, and after a search and some scrolling, the screen was zero’d in on the killing hole.  Zooming out a bit, the formation in the hills that created the small creeks down below in the flatland stood out, and after assessing the general area, similar terrain down the ridge a ways looked promising so I locked the coordinates into my GPS to use in the morning.  With double the distance to walk (maybe 1.5 miles) to the new listening post in the morning, I left a little earlier than usual.

I apparently misjudged the time it would take to walk to the new post, as I arrived later than anticipated breathing heavily (I had be covering the 1.5 miles as fast as I could to beat daylight). I began the process of softening my steps and calming my breathing as the remaining distance to the listening post closed.  Since the sky was starting to lighten up, I decided to draw my crow call and delivered two sharp blasts just short of the post for the sake of time.  A surge of adrenaline rushed through my body as a tom exploded 80 yards to my left, which was just over the property line.  Seconds later, a group of birds near the creek to my right answered.  Talk about a mad scramble, the morning sky was turning to daylight, birds were sounding off, and because I didn’t know the area well, I wasn’t sure where to setup.  Unfortunately, this particular morning the birds hit the ground and vanished.  Patience is not a virtue of mine, so after the lull I eased around the area and took inventory.  It looked promising with all the turkey tracks in the mud and scratching along the creek.  I smiled to myself as I realized the virtual scouting experience might actually pan out.

The next morning, the departure time was adjusted and I arrived to the post plenty early.  Going in stealthy that morning, I eased in and sat down and waited.  Time passed and the bob white quail started their morning routine.  I should have heard a bird or two by now, so I pulled out a box call and yelped 3 times.  A bird gobbled, but because of his distance, it was chalked it up to coincidence.  It seemed as if he were miles away.  Just to be sure, I checked him with two sharp cuts and four yelps, and he answered promptly.  After 10 to 15 minutes of waiting the process was repeated.  This time he had cut the distance in half, but was still a ways out – the hunt had every indication of being one of those quick morning hunts that you’re back at your truck with a bird while some of the other guys are pulling in late.

My back and legs were starting to cramp when he gobbled off to my left, still out of sight, but close.  The setup wasn’t great but there wasn’t much to choose from in this particular area.  Based on his distance, I only had a few seconds to ease my barrel to the left and hold tight.  Moments later the fan eased up to the road about 30 yards to my left.  When he hit the road, he raised his head up as if something was out of sorts, and with the fastfire on him, I eased the trigger and rolled him back on the clay road.

I rushed over to him as he was doing the death flop.  My hand felt the business end of the spurs before my eyes saw them – at that time I knew I had a trophy on my hands. 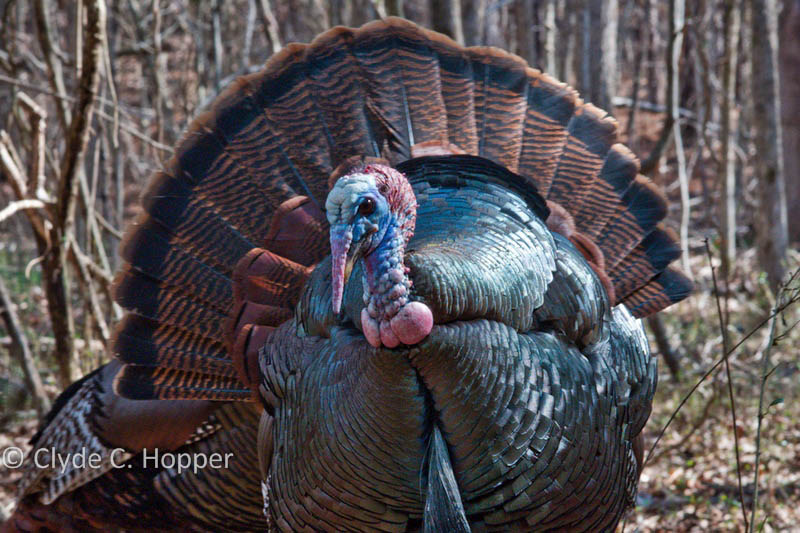 Why you should use Google Earth to scout virtually

In turkey hunting on public land, there aren’t many shortcuts to harvesting a mature eastern turkey.  It helps to know the land you’re hunting and how the birds use the area during the spring (which can be different than how they use it in the fall).  There are tools, like Google Earth, that you can use to your advantage by scouting virtually and identifying areas to hunt without seeing the property beforehand.

Using Google Earth in the Field

If at all possible, install Google Earth on your home computer and do your scouting before the hunt.  In doing so, you’ll be able to identify areas you may want to visit or even print maps to carry on the hunt (this is easy to do and works well).  In some instances, printing maps in advance may not be possible and having Google Earth on your smart phone will pay huge dividends.  In their Idaho hunt, Bobby and Wesley installed Google Earth on their smartphones because they were on an adventure hunt covering lots of ground in unfamiliar territory.  Having Google Earth on their devices allowed them to see fields and other types of terrain [while on the hunt] that might hold birds that they would have otherwise missed. 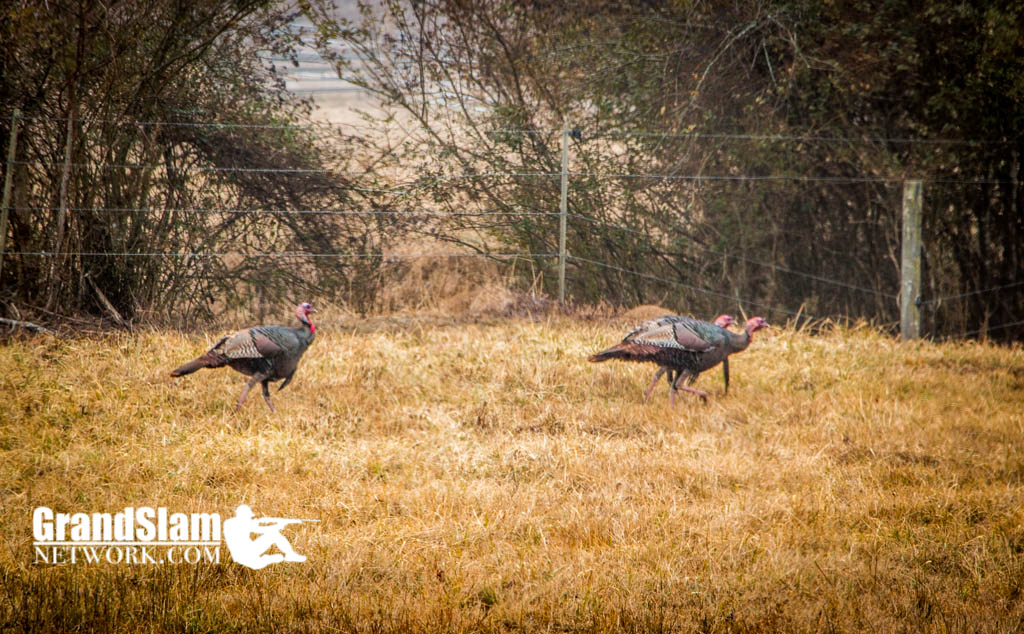 When technology is not available

Cell phones and GPS batteries die and cell service is not available everywhere, which is why learning the terrain turkey use for a given area is important.  In the big country out west, there is lots of ground to cover, and if you aren’t careful, you can spend days trying to locate birds.  Take note of the terrain when you find birds.  Outside of your typical agricultural planting and food plots, you will discover certain types of terrain hold birds for various reasons.  By knowing the terrain attributes that hold birds, you can shave hours and even days off your scouting efforts.

In the end, technology doesn’t replace the need to understand turkey habitat and behavior, but leveraging technology with that knowledge of the wild turkey will produce killer results!