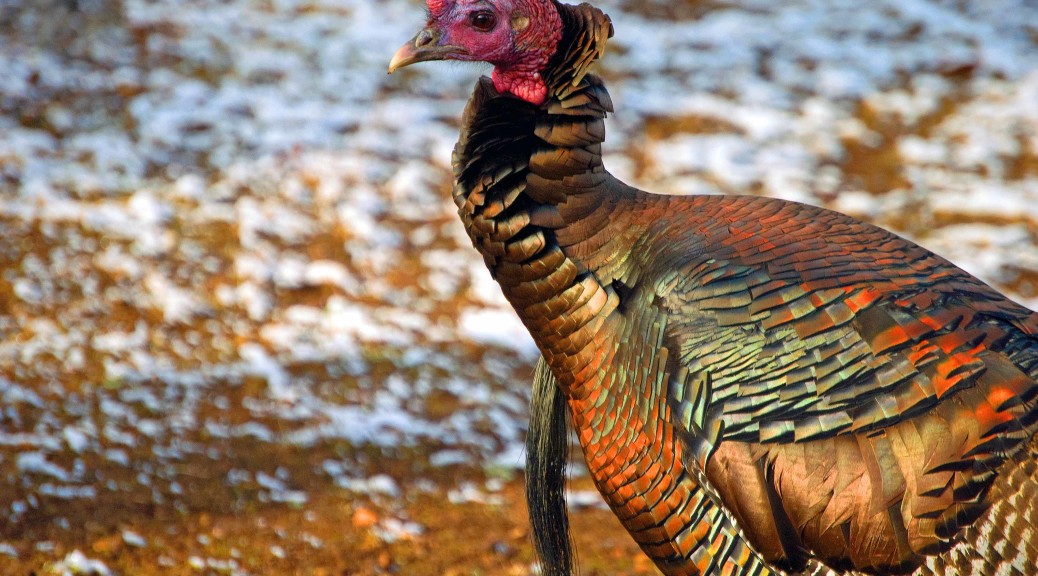 To say I was fired up on Opening Day of 1993 would be an understatement. Although I had somehow killed a bird on the very first morning of my first season the year prior it was a fluke and I knew it. Aside from that one encounter, it had been an uneventful season. But this was a new season and I had done my homework and I was ready to hit the field with a new and improved game plan.

I dropped down off the hillside and entered the Flint River Swamp with high hopes and although I didn’t hear anything at first light I knew there were birds around. I worked my way down the logging road hitting my owl hooter every 50 steps or so and then turned into the woods about 50 yards before I got to a clear cut. I had not taken 20 steps when a bird that couldn’t have been more than 60 yards away gobbled on his own. I immediately panicked not really sure what to do so I just dropped down in front of a tree facing towards the gobbler and pulled out my Lynch Fool proof box call.

I felt cold water soak into my pants and realized not only was I sitting in the swamp but I was pretty much surrounded by ankle deep water with dry mounds protruding at random spots. Knowing I could not move I accepted that I was just going to be wet and tried my best to do a soft yelp without squeaking as I had never called under such pressure. The second I made a sound with the Lynch box the gobbler cut me off. My heart and mind were racing now because although I had already killed a bird it had happened in a very non traditional way and this was the first time a bird had gobbled at me that I knew was close enough to come in. I eased the call into my lap with the paddle fully open hoping it wouldn’t make any noise and raised my Winchester 1300 onto my knee.

I was already struggling to keep my composure when he popped into view only 30 yards away at which point I started to hyperventilate. I could not get my breathing straight or keep my gun still and my barrel moved like I was waving a flag every time I breathed. I thought for sure he would see this but somehow he didn’t. To make matters worse he was headed in a direction that would take him to my right and even if I could turn which I couldn’t, I had a big palmetto bush right next to me. About the time I concluded I was totally screwed he made a hard right and started coming across out in front of me. My insides were going through what felt like nuclear fusion and honestly I felt like I was going to explode but somehow kept myself in check. Finally he moved around and was 20 yards out and turned away with his fan towards me. I swung my gun around and got lined up. When he turned he seemed to notice something and pulled his head up and when he did I fired and he went down.

I came up on my feet like a gymnast at the Olympics and ran over to him. I was lucky because he had fallen onto one of the few protruding mounds which kept him from getting wet. I just stood there shaking in muck and ankle deep water looking at him still not believing what had just happened.

He laid perfectly still right up to the moment I touched him at which point he miraculously came back alive and went berserk. I had no idea this was coming and not knowing what to do I latched onto his neck with one hand and held on to my gun with the other and tried to choke him to death. He immediately started flogging me and I could tell the choke thing wasn’t getting me anywhere but I was afraid to let him go thinking he would fly off. I was frantically trying to figure out what to do when his flapping wings knocked my hat off and my facemask slid down over my eyes. Realizing I was now blind and in the process of being flogged to death, and not wanting to drop my gun in the water, I tried to fling him and snap his neck like a pheasant. That didn’t work as I realized he was a lot heavier than a pheasant and I jammed my index finger in the process. Out of desperation I slammed him as hard as I could into the mud and water and then started trying to stomp on his head. After stomping around blindly like a kid in a mud-hole, my boot finally connected with his head and I sat down on him. I’m not sure if he drowned or choked to death but I stayed on top of him for a couple minutes after he stopped moving just in case it was a trick. 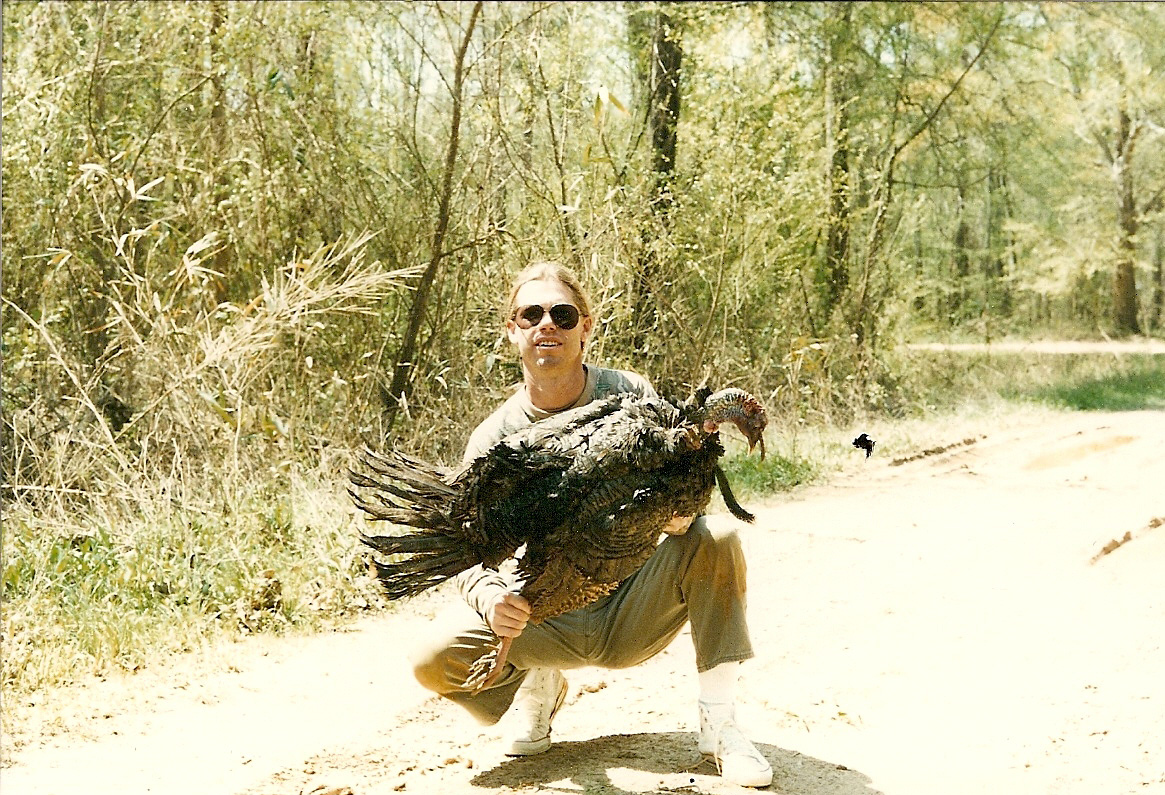 When it was over I had mud in my barrel, looked like I had been swimming in a mud hole, and the bird looked like he had been dragged behind a boat. I remember seriously considering shooting him again just for the hell of it.

Although I was glad to have killed my second bird and glad to survive the ordeal, I realized I still had a lot to learn. It goes without saying that this was not a hunt I would have wanted on video. I felt foolish but was thrilled to have had my first encounter where a gobbler gobbled and strutted and reacted to my calling. As bad as he looked afterwards, this event had completely hooked me on turkey hunting in a way that no type of hunting ever has. Almost 20 years later, many of my hunts run together, but I remember this hunt like it was yesterday. Traumatic experiences will do that for you.