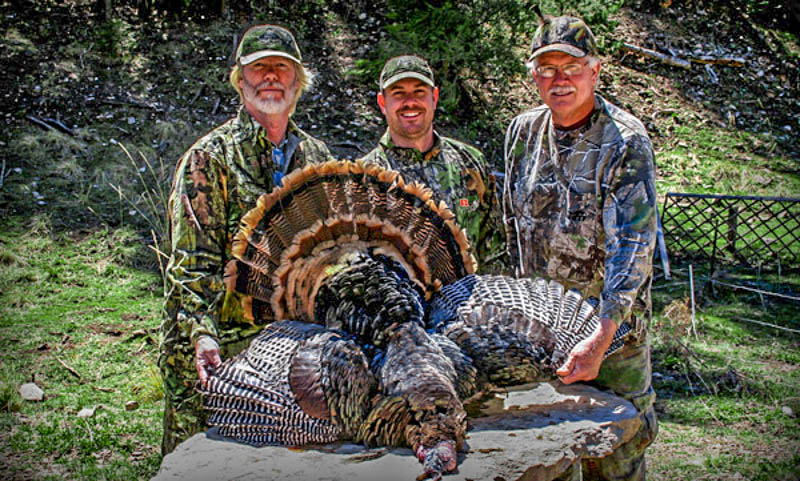 Successful turkey hunters are good decision makers and to an extent gamblers. In fact it’s the element of managing each and every decision and the totality of the combinations you make that ultimately affects the outcome of each hunt you undertake. At the end of the day, it is your overall ability as a hunter to plan, observe, process, and react to what is going on around you. Think for a minute just how many decisions are involved with every hunting session, how often you’re making them at different stages of the game, how many took nerve and were a gamble because they seemed risky, and how many you have to get right to kill a bird.

This decision making process begins before you even enter the turkey woods. For example: The “night before” pre hunt decisions begin with: What do you carry in your vest, where will you start in the morning, and what time do you need to get up and leave to not be late?

The early morning decisions begin with your final choice of an area to begin the hunt, where you’ll park to avoid any possible bird disruptions, how you‘ll approach an area, and where you’ll stop and listen.

Let’s say you’ve arrived at your listening spot. Do you owl hoot or just let things unfold naturally? You hear an early gobble before good light. Do you take off after him now or wait a little longer in case one is closer? Now you hear other birds gobbling and you’ve got to make a decision on which one to go after. One’s gobbling a lot and is further away while the other is gobbling less but is closer. Which one will you go to? You’ve decided go after the bird that’s gobbles the most so you take off full speed with hopes of getting set up on him before he flies down off the roost. About halfway to the bird you second guess yourself. Was this the right call? Was the bird gobbling his head off already with a bunch of hens? Was the bird that gobbled just a few times alone and a better choice? Too late now, your committed and almost to the other bird.

Do you owl hoot to keep up with his location as you get closer or just keep heading towards him and trust your estimated distance? How close will you try and get and what type of terrain factors are there to consider? Now you’ve gotten within 150 yards. Do you gamble and try to get just a little closer? Could there be hens in the trees this side of him that you’re about to bump? Where will you set up? Do you put out decoys or not?

He gobbles from the limb so you know the games still on. Do you want to call to let him know you’re there and what call are you going to use? You throw out a soft tree yelp and he cuts you off with his gobble. Do you call again or wait until he’s on the ground? Or, he ignores you so do you call a little louder? You just heard hens so do you now call more or hold back and see what they’re going to do on their own?

Now it appears the hens are taking him away. Do you gamble and attempt to swing around and flank them? Will the terrain allow you to move and what do you know about the ground you’re on? Are there other birds around that you don’t know about? Maybe it’s time to try fighting purrs or a gobble shaker? Is to too late in the season for fighting purrs to work? How many times has gobbling helped you kill a bird?

Wait….something you’ve done has gotten his attention again and it looks like he’s coming in. Do you put your slate call down or wait until he’s a little closer? Do you raise your gun now or wait until he’s in tighter and walks behind a tree? Are you going to hyperventilate or will you settle down? Will you get busted?

The truth is this is just a sampling of the thoughts that go through our minds and the challenges we face on any given day in the turkey woods. And although this piece really is a statement of the obvious, if you stop and think about each and every decision and move you made on a particular encounter that resulted in a dead bird, and changed any one decision, certainly any two or three, and it’s likely that bird is still walking after you leave the scene. Being willing to gamble at times has paid off while at other times it hasn’t, but that’s why it’s called a gamble. Most successful turkey hunters put forth a beyond average effort to develop their woodsman- ship and calling skills and just as importantly they learn to become good mobile hunting decision managers that are willing to take chances.

The basic and general approaches involved with turkey hunting often seem simple, but when you think about all the decisions that play into it, you understand just how much you have to do right to consistently kill gobblers. The key is to think on the fly, be adaptable, persistent, patient, and not be afraid to gamble and get it wrong. There’s always another day and a chance to implement brand new combinations. The good news is you only have to get it right a few times a season to get your limits.