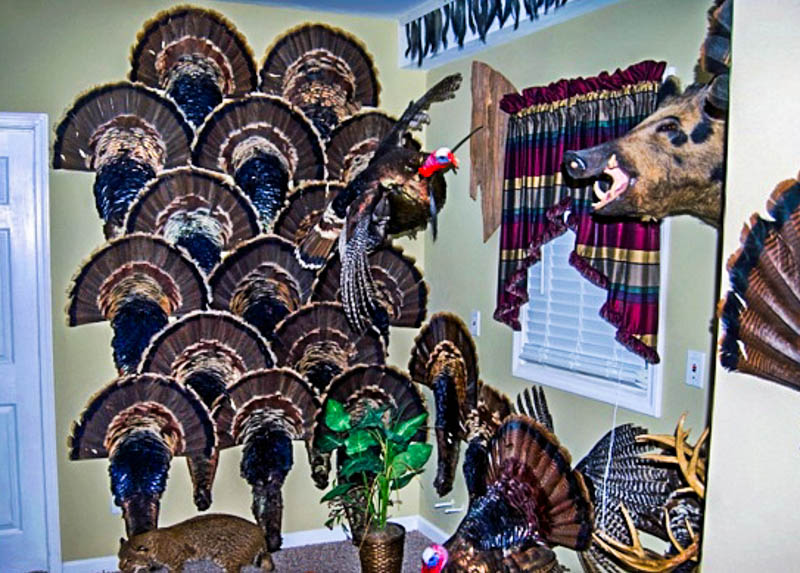 Caping out a turkey and preparing it for display is simple to do and takes very little time. It makes a great display and there’s virtually no cost or kits to order, no plaques to make and no taxidermist bill to pay.

Once you’ve done one it takes no more than 10 minutes to cape a turkey out in the field and prepare it for transport. It takes about the same amount of time to prepare, stretch, and tack it down on a board, and borax the bird once the season is over and you pull it out of the freezer.

Get answers to your questions from Bobby, the author!

This “How to Cape a Turkey” write up along with the video that GSN has provided will make it easier for those who want to cape their birds.

Caping your turkey in the field

The field aspect is now completed and once back home simply place it in the freezer until the season is over and you have time to finish the process.

Turkey capes can be made into arrangements to maximize space

Preparing the Cape for Curing at Home

This is all it takes to skin and prepare a cape for mounting. Although several steps are involved from a time standpoint it only takes 20 minutes a cape for the combined aspects once you’ve done a couple.
Hopefully this piece along with the 2 videos will be helpful for those that would like to cape their birds.