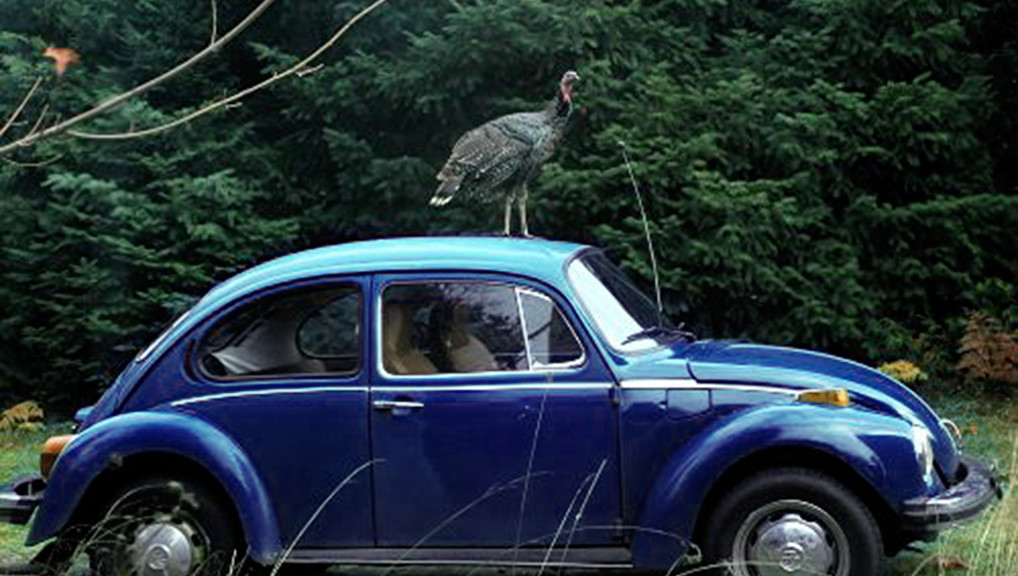 OWR: Report: With all the concerns facing us today, the documented increases in wild turkey aggression and their alarming annihilation of the worm, slug, and bug populations in the U.S. are quickly rising to the top. A recent Zogby poll indicated it had moved into the top 10 concerns by environmentalist surpassing ozone deterioration and greenhouse fears.

A study conducted by the SBIC (Scientific Bug Institute of California) has shown that an estimated 2.1 billion insects a year are killed by turkeys in America. The SBIC study also indicated that if this phenomenon continues unchecked many species including crickets and the Southeastern Earthworm could become endangered if not extinct by 2020. Some slugs in the U.S. are already feared to be beyond recovery. A senior scientist, Motobota Snotlik, who was involved in the study, claims that this crisis could set in motion an irreversible impact on the natural food chain and upset the earth’s natural balance.

A documented incident in Florence South Carolina involved several gobblers ransacking a bait store in an effort to get to crickets and worms. The store owner was able to escape with only scratches and pecking injuries and was treated and released at Florence General Hospital. A customer was not so lucky and suffered serious injuries when he tried to escape the attack by running into the street and was struck by a Pinky Dinky ice cream truck. The victim was expected to make a full recovery and was listed in satisfactory condition. Authorities believe the music played by the Pinky Dinky truck may have assisted in dispersing the turkeys from the scene before emergency vehicles arrived.

Scientist are theorizing that the sound made by crickets can be heard at long distances by turkeys who are known to possess a keen sense of hearing, and that bait shops should consider playing Pinky Dinky background music  or install a sound barrier around their businesses in areas with known turkey populations. The music from the song “YMCA” is also thought to be effective in keeping turkeys away.

One scientist claims that turkeys are descendants of the prehistoric terradactyl and a normally dormant gene that created aggressiveness in terradactyls is part of all turkey subspecies’s genetic make up. He theorizes that changing climatic conditions due to Global Warming may have triggered a reactivation of these aggressive genes and tendencies. He voiced concerns that over the next 2 decades this aggressiveness could escalate and involve actual attacks on humans and cause an increase in size of the bird itself. He stated that a “Planet of the Apes “world take over type of scenario is not out of the question.

Although many measures are being considered to address this phenomenon, authorities claim that turkey hunters can help with this effort to save America’s bugs. They recommend that all hunters should practice and improve their calling skills and read and study ways too increase their killing abilities. Other suggestions included improving shooting patterns, using 3.5 “shells and adding assault weapon extensions for faster follow-up shots for group encounters. A local DNR officer suggested that hunters do the following: Ask your non-hunting friends to make donations to your hunting funds. Ask friends and family to assist in finding and gaining permission to hunt tracts of land that turkeys may be congregating in for a future attack. Persuade your employer to provide you with extra paid days off from work so that you can dedicate more time to this important effort.

Encourage everyone you know to donate to the Bobby Parks National Bug Savers / Hunting Fund to further assist him and his team of turkey trackers in leading this effort to save the bugs. The non profit organization, Neck Busters Inc. is also encouraging donations. Contributors will receive a “Save the Bugs” tee shirt and a cap with an “Earthworms Deserve to Live” emblem.