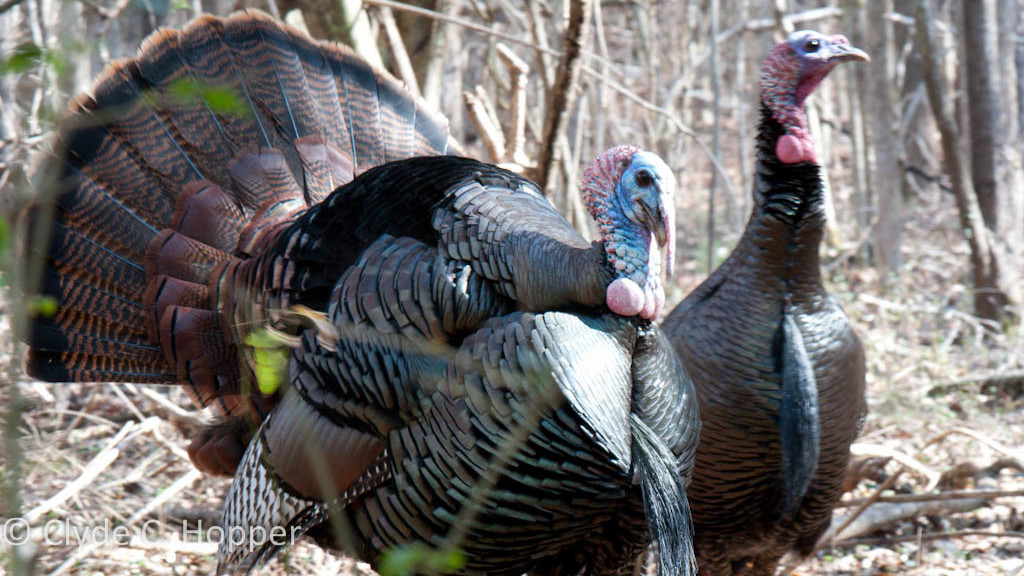 Years ago I accompanied a friend on his first turkey hunt on his newly joined hunting club over in Alabama. This trip was planned a month ahead and because my buddy had no turkey hunting  experience I suggested he watch a few videos and read what he could so he would have an idea of what to expect.

A few weeks later as we made the drive over from Georgia; I munched on trail mix and explained the basics involved with chasing turkeys.  We pulled into camp around mid afternoon and met the club president who invited us into his camping trailer and gave us the history and background of the club and property.

15 minutes later all three of us jumped in my truck and took off for a quick tour of the club property. As I drove I continued to munch on my trail mix but about 15-20 minutes later I started having digestive issues which I’m pretty sure were due to the dates or raisins. Realizing what was coming down the pike, I rolled my window down and as a common courtesy; I suggested they do the same. The club president didn’t take this very well and demanded that I stop the truck immediately, which I did because he was already opening the door and it looked like he was going to bail out into the ditch before I could pull over.

He launched himself out of the truck like we were under a chemical warfare attack which in a way we were, and stood with his arms crossed leaning against the tailgate. I wasn’t really expecting anyone to be thrilled with the event but was a little surprised he was taking it as he was. After what I guess he thought was an appropriate de-fumigating period he climbed back in but didn’t seem to think as highly of me as he did when we first arrived.  I had to stop two more times and let him go through the evacuation procedure and stand outside the truck with his arms crossed at which point he told us that we had seen enough of the property and was ready to go back to camp. I believe he would have walked if he could but it was too far.

On the way back we saw 3 gobblers and several hens in the back corner of a large pasture. When we asked if we could go after the birds he told us it wasn’t part of the property although I know he said it was when we went by it the first time. It occurred to me then that the date and raisin debacle was about to cost us a chance at a gobbler. I knew there was a reason I didn’t like to eat health foods.

After we pulled back into camp, he either didn’t want me to come in his trailer or he started liking us again or simply thought he was safer to get rid of us because he changed his mind and told us that the pasture with the gobblers was now back in his possession and that we could hunt it. He mentioned that the birds might exit the pasture off the back right corner and that there was a narrow food plot that they might head to 75 yards from the pasture. He told us how to get to a logging road that would take us to the plot the far end of the food plot.

Fortunately I was born with a genetic make up that allows me to drive to the “Dukes of Hazard” standard when the situation calls for it. I displayed this gifted driving ability all the way back to the logging road that led to the food plot. As I fish-tailed around the turns and re-arranged everything in the bed of the truck, I told my friend to be ready to hit the ground running and that we had to beat the birds to the green strip. As we blew past the pasture the birds were leaving the field off the back edge just as we had been told so I knew it was going to be close.

I slid up into the logging road and we bailed out jamming shells into the gun as we sprinted towards the food plot. The birds weren’t in sight yet and I knew they would come from the left if they came at all so we backed off 25-30 feet into what little cover we had with my buddy 20 feet to my right.

I really had no idea how my partner would react with the birds so I told him to get his gun up on his knee and point it straight out towards the green strip. I also told him to be statue still, and not to shoot until I told him to. If the birds came in we’d just let the gobbler walk in front of his gun and if the first bird got in front of him I might have a chance on one of the other gobblers if one trailed in.

I threw out a couple of yelps and within a couple minutes caught a glimpse of a gobbler 50 yards away in full strut coming down our side of the strip. Just as I was about to communicate that a bird was coming, my friend (who for some reason is incapable of whispering) said “BOBBY, SOMEONES COMING”. I began to panic and wondered who would be walking in the woods at such an inopportune time knowing they were about to spook our bird. Then it occurred to me that my friend was looking in the direction of the gobbler and was seeing the red and white head of the fanned out bird through the foliage and didn’t know what he was looking at. Apparently he had not watched any turkey hunting videos.

Once this craziness registered I whispered, “It’s the bird”, afraid the bird had already heard him. Then to my surprise he came back in an even louder voice with,” NO, IT’s SOMEBODY, THEY’RE RIGHT THERE”. By this time I was about to go into cardiac arrest and in a terse whisper, I said “IT”S THE BIRD, BE QUIET!” At that moment he realized what was happening and quieted down.

Somehow the bird ended up being alone did not hear us, strutted by 25 yards away, and walked in front of my friend’s gun. To his credit, he did stay still and when I said “shoot”, he plastered the bird.

As we were standing over his first gobbler he said, “I don’t suppose I can persuade you to not ever tell anyone about this can I”?  Of course, completely understanding how embarrassing this must be for him and being the sympathetic and reliable person I am, I said, “Oh you’ll never have to worry about me saying anything”.