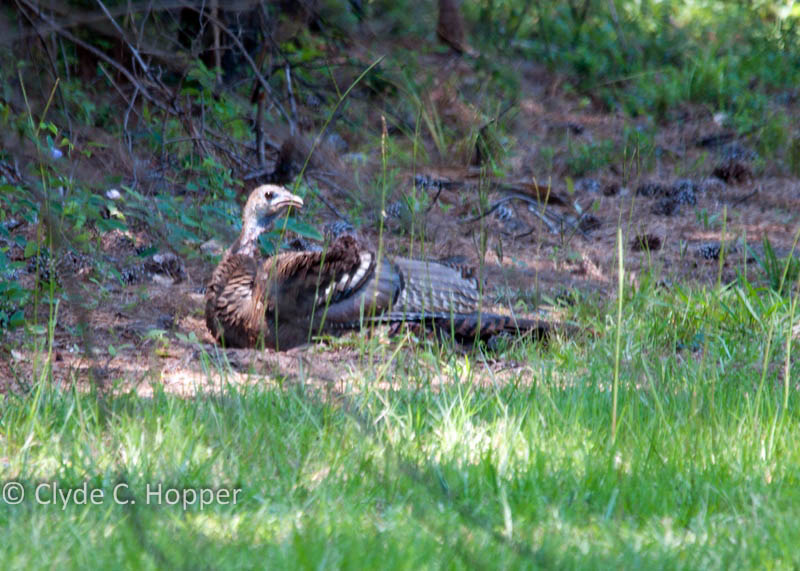 I suspect all of us have been the instigator or the unfortunate recipient of an underhanded practical joke while in hunting camp. Well as innocent as I am, it’s worked both ways for me although currently I’m slightly ahead in deliveries versus receipts. Due to my perceived history I make it a point to sit at the camp-house table with my back to the corner and I’m constantly on alert for incoming efforts.

Back in 2002 I took a friend hog hunting at our club on the Flint River.  He wanted to know if they would attack you and at first I said yes and suggested that he always keep a climbable tree in sight just to make it more exciting and interesting for him. Then after feeling guilty for lying I told him the truth and that a pig attack wasn’t really likely.

I took him to an area and dropped him off and suggested he move into the wind and follow along the edge of a clear cut which the pigs moved in and out of. I left him and drove about a half mile away and started hunting for hogs as well. After a short stalk I walked up on a couple of midsized pigs and shot both of them thinking that they would be just the right size for my smoker.

I dragged them to the road, loaded them in the truck, and sat for a while trying to give my hunting partner more time to shoot a wild hog. About an hour later I headed back to pick my buddy up.

On my way I passed through what used to serve as the rear entrance of our club and at a crossroads that at one point used to be our “sign in” area. There was an oversized mailbox mounted that we didn’t use anymore and as I drove by it a little light bulb came on in my head. I stopped, got out, looked at the mailbox, looked at one of the pigs, looked at the mailbox again, and figured it was worth a shot.

If you want a real challenge, try cramming a 50 lb. pig in a 24” mailbox. It took several attempts and I had to bend a little strip of metal to help keep the lid closed. The effort was further complicated because the box was tilted toward the front so the pig kept trying to slide out. Finally I was able to back away and the lid stayed shut. I wiped the blood off the edges, sat in the truck and watched it a couple more minutes to be sure it would stay shut, and then went to get my friend pretty happy with my upcoming entertainment program.

My buddy was waiting and as he walked over to the truck he mentioned that he had seen a few pigs but could not get a shot off. He asked if it was me that he heard shoot a couple times and of course being the honest and forthright person that I am I acknowledged it was me and that I had a pig in the truck and had missed another one. He wanted to keep looking at my dead pig but I couldn’t wait to get back to the crossroads as I intended to ask my buddy to check the mail.  Finally he jumped in and as we drove back down the road I was hoping that the compression packed pig surprise had not popped open.

As we pulled up to the crossroads I was relieved to see everything was still in order. I asked my buddy if he would mind checking the mailbox, to see if any other members’ might have signed in and explained that any coming in the back gate would sign in using the mailbox. They wouldn’t but he didn’t know this so he just jumped out and kept talking to me and looking around as he walked right up to the mailbox and grabbed the lid. The instant he pulled on lid the pig’s head popped out and fell on his hand and then the whole pig came sliding out like it was greased and pressurized and landed right at his feet.  He jerked his hand back so fast it’s a wonder his fingers didn’t fly off and he looked like he had been plugged into an electrical outlet. He jumped and did the man scream thing followed by some impressive back pedal movements that Michael Jackson would have been proud of. For a big man he could move surprisingly well when he wanted to. He began to verbally abuse me at this point and appeared to be threatening to hurt me. I couldn’t really hear what he was saying because I was laughing so hard I had I had tears running down my face. What I would have given to have had an I-Phone or video camera then!

As long as I live I’ll have the mental video re play of this memorable event. I’m pretty sure he has the same video memory only with a different perspective.

Like I said earlier: When I’m in hunting camp with my friends,  I sit with my back to the corner and I’m always on the lookout for incoming efforts from those who “owe” me. The bad news is my “pig in a mailbox” buddy moved away. The good news is I have new friends and guest hunting with me this year.   It should be a fun season and of course it’s always great to help create memorable moments.